If you have bleeding gums, it may alarm you at first. Typically, bleeding is an indicator that something is wrong. With your oral health, that may be the case. However, it could be as simple as brushing too hard. Regardless, you should talk to your dentist. It could be a sign of a more significant issue, which your dentist can help with.

One of the leading causes of bleeding gums is poor oral health. When you brush and floss your teeth, you remove plaque—a sticky bacteria. This bacteria clings to the surfaces of your teeth and gets underneath your gum line. If you don’t remove it properly, it can cause tooth decay or gingivitis. Gingivitis is the early stage of gum disease.

Daily flossing can help remove plaque from underneath your gum line, which can reduce irritation and redness.

Gum disease is an infection of the gums that can damage the soft tissues and the jaw bone. A buildup of plaque causes the gums to become inflamed. Initially, the beginning stages of gum disease are treatable. Your dentist can advise you on how to minimize your symptoms and get rid of them. Likely, they will recommend more flossing and special toothpaste that helps reduce gum inflammation.

If your oral hygiene routine is not the cause of your gum disease, your dentist will work with you to find the reason. It is essential to get rid of gum disease because it can lead to more severe health problems. For example, gum disease can lead to tooth loss and bone deterioration without treatment.

In addition, patients with severe gum disease are more likely to have issues with their heart and immune system. Because gum disease is an infection, your body constantly tries to fight it. Unfortunately, this can affect the efficiency of your immune system, making it difficult to stay healthy or fight illness.

Certain hormonal changes can increase the sensitivity of your gums. For example, it is common for those who are pregnant to experience bleeding gums. This is because pregnancy causes a flooding of hormones along with many changes. Other examples of hormonal changes include puberty or menopause.

In addition, having vitamin deficiencies can cause bleeding gums. Vitamin C and Vitamin K are vital for the immune system and blood clotting. If you lack these essential vitamins, you may have bleeding gums as a side effect.

Finally, some medical conditions, such as leukemia, can cause bleeding gums.

It is absolutely possible that your bleeding gums are a result of your toothbrush. If you brush too hard, you can irritate your gums. Additionally, using a hard-bristled toothbrush can also hurt your gums. If it leaves little scratches, it is too hard. It will help if you use a soft-bristle toothbrush with a gentle brushing motion.

It can be hard not to rush if you are in a hurry, but going slow can help minimize bleeding gums. 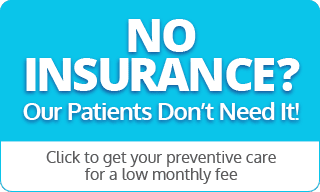 What Causes Bleeding Gums?At-Home Whitening vs. Professional What Happens During a Tooth Extraction?